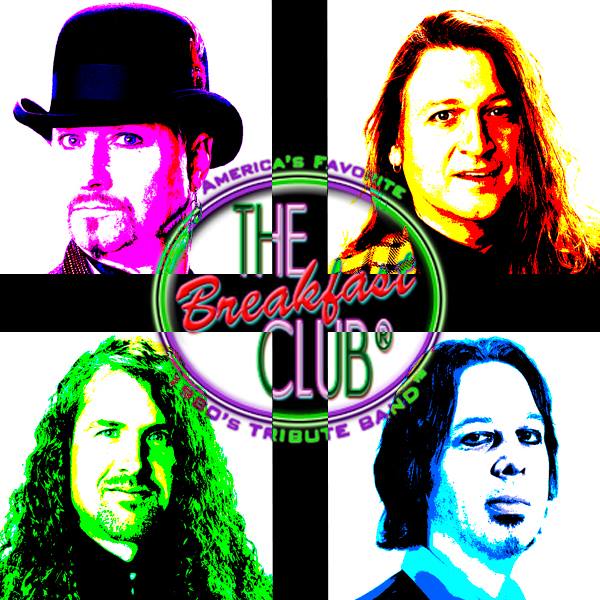 The Breakfast Club® is the longest running, most recognized ’80’s tribute band in the United States. Formed in 1993, the group was the first of its kind. The mission was simple: create an entertainment group that embodied the enigmatic, creative, and buoyant spirit of music and live performances of the original MTV generation of the 1980’s. That mission remains today.

This is NOT some wig wearing, mall fashion version of an ‘80’s cover band, lip syncing to tracks while pretending to play an unplugged guitar. This is real hair, real 1980s clothes, real vocals, and real musical talent. The Breakfast Club® is the real deal, performing live ‘80’s pop “better than the original artists” – Wilmington Star News.

The guys of The Breakfast Club® have shared the stage with numerous music legends, including but not limited to, Whitesnake, The Romantics, Poison, Drivin’n’Cryin’, Hootie and The Blowfish, White Lion, The Smithereens, Edwin McCain, and many others.

The Breakfast Club® has had the privilege of performing for rockstars, movie stars, many of America’s top corporations, NASCAR legends, and millions of the most amazing, fervent fans any band could ever hope for.