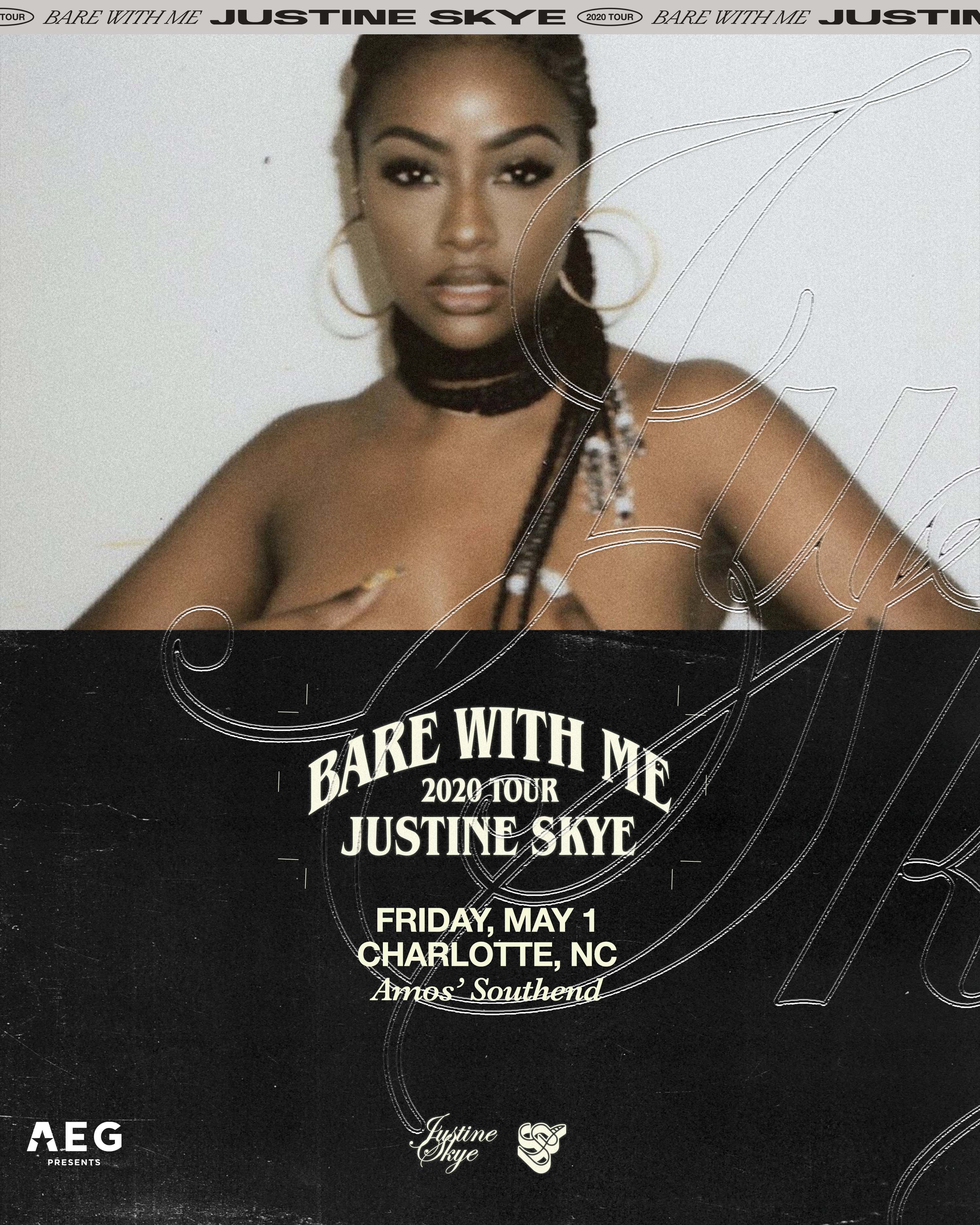 Raised in the entertainment business, Brooklyn-bred singer-songwriter Justine Skye has cultivated her sound since the age of 14. As a Tumblr socialite, Skye springboarded her singing career with the help of social media and raw musical skills.

In 2012, Justine released her debut mixtape, Skye High, after which labels took notice of her large fanbase. Following a pair of record label deals—first with Atlantic Records in 2013 then with Roc Nation in 2016—and various projects, including the release of her 2018 studio album, ULTRAVIOLET, Justine now emerges as an independent artist readying Bare With Me, a forthcoming work under her new independent label, Nynetineth.

“In the beginning when I was on Tumblr, I didn’t care about other people’s opinions. I was free and finding myself, but when I got signed, I put that authority in other people’s hands. It wasn’t authentic. With this new chapter, I finally feel like I’ve gotten back to trusting myself and being more assertive about the things I want to do and the direction that I want to go in.”

“I’m Jamaican and I wanted to touch back to my roots. I was stuck in this idea that I needed to make a pop radio record when that isn’t what makes me feel good. Before, I was so used to executives just setting me up with people. Now I’m choosing and building organic relationships with exactly who I want to work with.”

With the help of London-based producers P2J and Ari Pensmith, in addition to powerhouse James Fauntleroy whose talents span the tracklist, Skye will continue to expose her authentic and transparent side.

“This EP is a re-introduction, an appetizer for the debut so that people can understand where I’m going.”

Along with releasing music from her newly independent catalog, Justine is also broadening her acting profile. She recently starred in Irv Gotti-created BET television series, Tales. In the “Bodak Yellow”-influenced episode, Justine plays Violet, an ambitious exotic dancer who uses her profession as survival and a means to fund her rap career. The cast also includes Romeo Miller.

As her acting future grows brighter, Justine is slated for several projects this year. The triple threat will star as Keisha in soon-to-be-released film, Already Gone. Executive produced by Keanu Reeves, the feature centers on a teenaged runaway searching for freedom from an abusive stepfather. Additionally, Justine made a cameo appearance in Bruce Leddy-directed remake, How High 2.