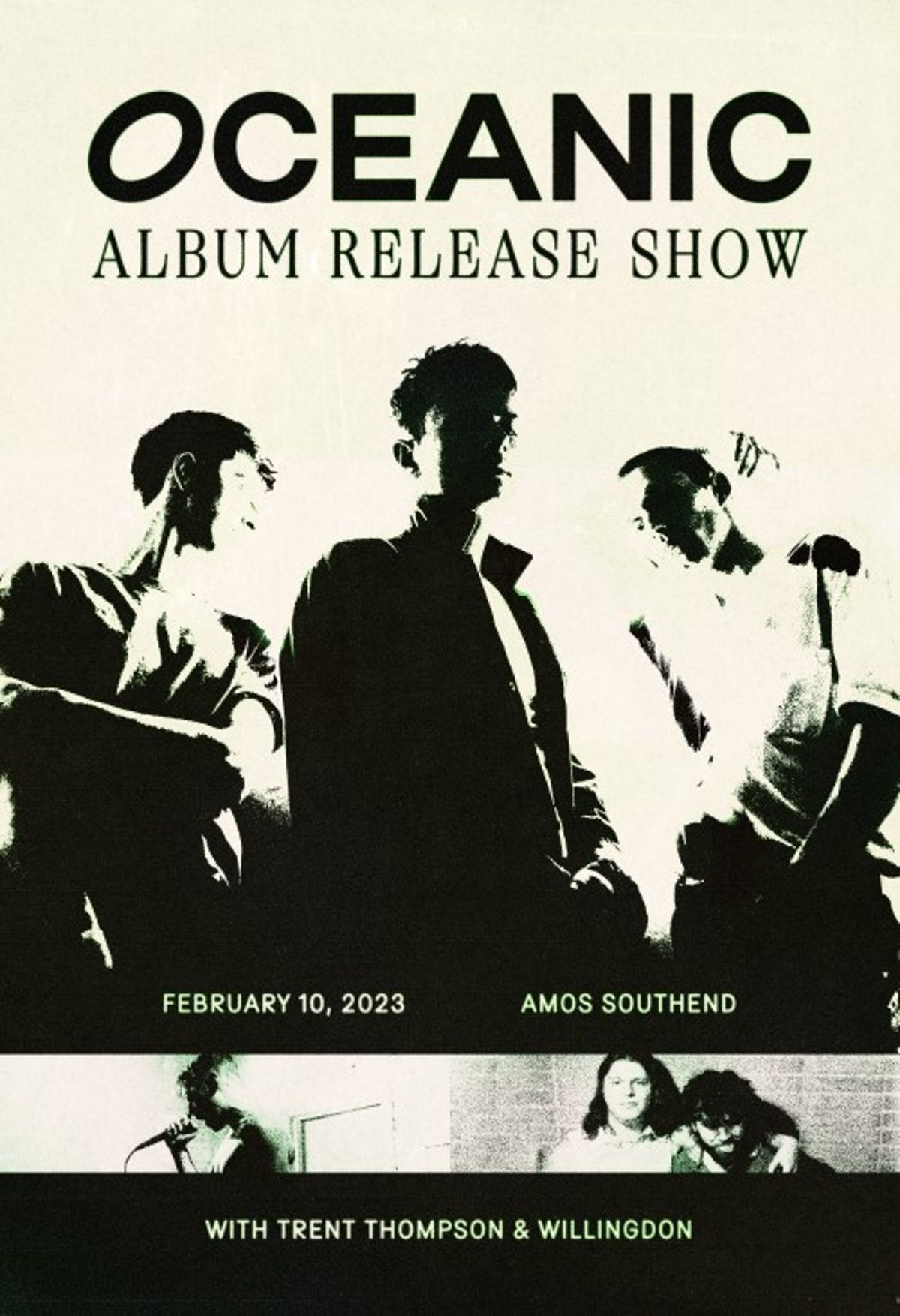 Oceanic is a versatile indie pop band based in Charlotte, NC. Influenced by a number of genres, they aim to create original music with diversity that enables the listener to see the world in a new way.

Even before Oceanic was formed, each member of the band was well-versed in performing arts. This rising band works together to create high-enthusiasm shows focused on personality, musical interest, and artistic visual effects.

In 2022, Oceanic completed an indie tour of the lower east coast from Virginia to Florida. In 2023, they are releasing their debut album, “No, Human,” and continuing to tour and release new music throughout the year.

Based in Charlotte NC, singer/songwriter Trent Thompson brings passion and authenticity in his guitar-based rock. Trent began writing and singing his original music in 2012 with a local Charlotte band “Reaves”. Now as a solo artist, Trent pulls from his religious roots and his real life experiences when it comes to writing and holds nothing back. He has Performed at Charlotte’s Speed Street in both 2018 and 2019. He has also performed at Charlotte’s Milestone club, Evening Muse, The Neighborhood Theatre, Snug Harbor, Petra’s, The Underground and The Fillmore.

Trent has had the opportunity to open for artists such as Glassjaw, OAR, Harry Hudson, Barnes Courtney and Judah and the Lion.

Formed during the pandemic lockdown, Willingdon started as a duo project and has expanded to a five piece band endeavor. Having recently released a debut single It’s Not Over the group of friends, coworkers and roommates are excited to release more pieces of the project over the course of the spring.

Willingdon’s music is about the feeling of being grown a bit too soon. The cardinal sin of moving past what hasn’t yet been moved in. The ill-fitting nature of a skin too big on bones too frail.